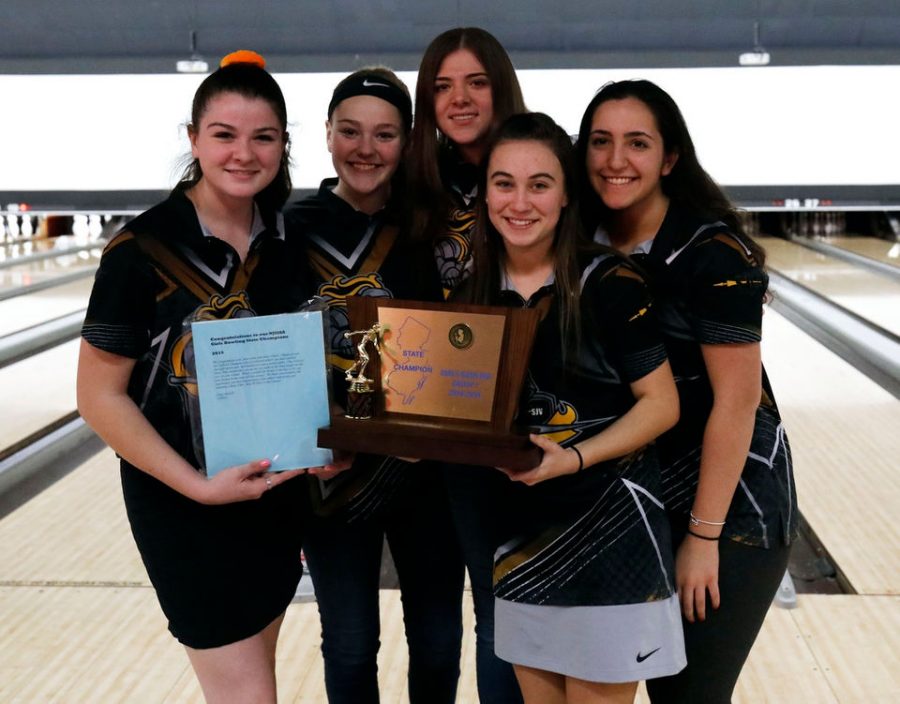 On Feb. 11, the Saint John Vianney girls bowling team made school history winning the first State championship title since 2015. The team, led by juniors, Caylei Hoffman and Elizabeth Brogna, won the Group title at the 2019 Tournament of Champions, TOC.

“ Everything we worked on all season finally came together. Even though we might not have all had our best games score-wise, we each held our own. All season we have worked extremely hard on both our mental and physical games, so winning states was a really rewarding experience,” said Brogna.

The SJV bowling team secured first place with a total of 2207 pins after three games, coming in 84 pins ahead of second place team, Warren Tech. Along with their state title, they also placed in second at the NJSIAA Girls Central State Sectionals tournament on Feb. 2, not far behind Carteret.

“ After bowling for four years, this was a great way to end. I have seen our team improve so much through the last few years and it feels like all of that hard work and dedication was worth it,” said SJV senior, Jackie Giordano.

The team held a record of 34 wins and 11 losses with a ranking of second in their division, just behind Matawan Regional. Consistently throughout the season, each player worked to increase their scores, leading the team to their victory in TOC.

“It was a great season for the girls capped off with a victory in the Group 1 State Championship. That was the first overall Group title in school history. The girls worked  hard all season and it was great to see things finish on such a positive note ! I am very proud of each and every one of them.” said, coach, Mr. Kusch.