Millennial Women Consider Not Having Children in Protest to the Environment 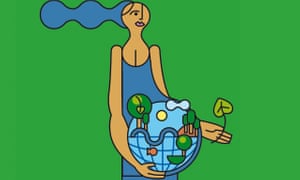 When you imagine your child growing up does it include unbreathable air, extreme temperatures, and scarce resources? Some have and are deciding to do something about it. More and more women across the world are deciding to delay or not have children in protest of our environmental and social conditions.

Facebook groups like Conceivable Future, started in the U.S., and #BirthStrike, started in the UK, spread awareness and serve as a base for women to talk about their concerns about bringing a new life into this world.

In the news, climate change has often been associated with politicians and protestors. These women are joining the conversation arguing for the importance to respond to the climate crisis by treating it like a crisis and the most impactful way for them to do that is to stop going about business as usual.

Women are not the only advocates for this campaign. Men also believe that the future may be too horrific to bring children into it. As they will both be raising and caring for the child in this possible future. In the facebook groups, both are discussing future possibilities, sharing their fears, and thinking of ways to fix these problems for all children to come.

Climate change is not the only fear for these potential parents. It is also the ideas of what climate change will bring, such as droughts, wars, famine, and extinction. This is why the amount of adults thinking of not having children continues to grow.

The debate on whether or not this approach will actually work remains debatable. Some argue that avoiding parenthood will not make a difference while others think it will distract from the issue at hand. But the members in groups like #Birthstrike use it as the main source of hope for the future. Members know that this is not the solution, but it’s all they have.