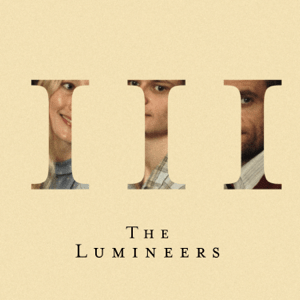 Folk-rock band The Lumineers’ third album, III, was released differently than most albums. Every two months or so, a few songs would be released in “chapters,” with the final chapter being released on Sept. 13, 2019.

The band also created a visual album, also called III, which was accepted into the 2019 Toronto International Film Festival.

III is comprised of 13 songs, 10 of which are organized into three chapters that tell the story of the Sparks family. Chapter One introduces Gloria, a young mother struggling with addiction. The second chapter focuses on Junior Sparks, Gloria’s grandson, whose mother left him with his alcoholic father. The final chapter tells the story of Jimmy Sparks, Gloria’s son who has inherited her addiction.

In the music videos for each of these songs, all directed by Kevin Phillips, the audience can see the Sparks’ lives unfold. In her chapter, Gloria’s addiction worsens until she gets into an accident while driving drunk. Junior experiences heartbreak after heartbreak when his girlfriend leaves him and his father’s addiction worsens. A pound of flesh is demanded from Jimmy.

The band had wanted to release an album this way for years.

“The chapter idea started percolating back in 2007. I have notes in my journal from that time about three EPs all tying together, but each one having a theme and forming an album. We were going to call it Love, Loss and Crimes. It just never happened—I had the title, but I didn’t have the songs. We initially considered naming this new album Love, Loss and Crimes, because we thought it had a good sound to it, but we ended up going with the Roman numeral III.” Schultz wrote on the band’s website.

The album’s 13 songs are darker than the band’s previous work in both subject matter and tone, but the songs contain many references to some of their older songs. For example, the bridge of “Life in the City” is the chorus from the band’s 2016 song, “Sleep on the Floor.”

“Jimmy Sparks”, one of the songs from the final chapter, is nearly identical to the song “Nightshade”, which the Lumineers recorded for HBO’s Game of Thrones anthology, For the Throne.

Leigh Blickley of HuffPost wrote, “A few months later, Schultz was talking with a record producer about “Jimmy Sparks.” He went through the lyrics and was persuaded to put the haunting tune on “III.” So The Lumineers called up HBO to break the news.

“We told them, listen, we’re going to release a song called ‘Jimmy Sparks’ in September that sounds similar to ‘Nightshade,’ and you have to be OK with that or we’re not going to be a part of this,” Fraites said. “And they were cool with it!”

III is a radical album, from the way it was released in chapters to the way that the songs serve as a narrator to a movie.  It does something that has not been seen before and will likely not be seen again.