Will They Ever Make Progress? 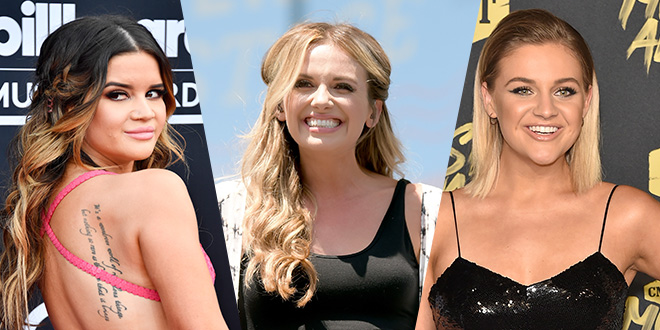 In recent years, female artists have been falling behind on the country charts. Despite there being popular breakout artists such as Kelsea Ballerini, Kacey Musgraves, and Carly Pearce, there have been weeks at a time with no women in the top 30.

Flash forward to this week on Billboard’s Top 50 Hot Country Songs for the week of Sept. 14, 2019. The top 12 spots are occupied by all-male artists, with Blanco Brown’s “The Git Up” sitting at its ninth week at number one. Carrie Underwood’s “Southbound” at number 13, and no other females until Runaway June’s “Buy My Own Drinks” at number nineteen and Maren Morris’ “The Bones” at number 20.

Morris herself says “I wish that radio would come into this century and honor the songs that are actually popular.”

Country legend Garth Brooks even claims that his wife Trisha Yearwood–who is also a veteran in the country community– “works a thousand times harder than me to get a tenth as much as I do out of this business.” According to the BBC, female country artists only accounted for 11.3% of the music played on country radio last year, down 20% from the year 2000. It was also proved that the most popular country star on the radio as far as airtime is Kenny Chesney– who had over six million plays from the years 2000 to 2018. Carrie Underwood came in second with three million plays, and Taylor Swift with 1.8 million, even though she hasn’t released a song on country radio since 2013.

Musicologist Jada Watson says lack of female representation in country music should be blamed on record labels for not showing the same enthusiasm about signing women as they do men. After country music alumni like Patsy Cline, Dolly Parton, and Loretta Lynn being incredibly successful, business experts need to start taking chances on multi-talented women, focusing on multi-instrumentalists and songwriters.  It is time that labels start reconsidering their potential prospects and give women an opportunity to thrive in the country music industry.