A Shark and Its Legacy 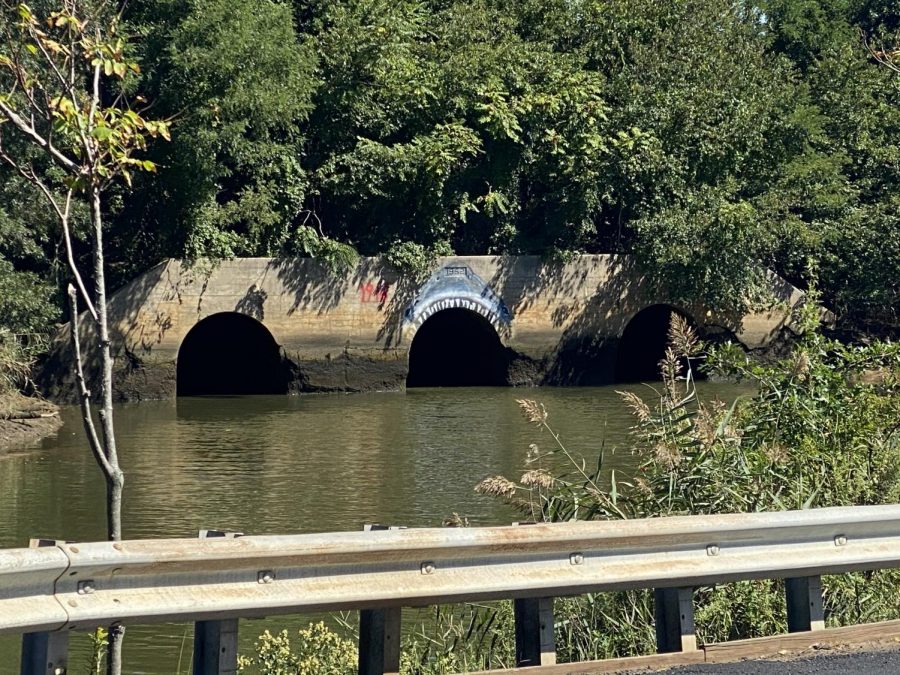 On the morning of July 22, 2020 residents of Matawan, NJ driving on Aberdeen Road saw something that caught their eye. A large shark painting, stretching over one of the tunnels of a New Jersey Transit (NJT) bridge, was visible from the road. The mural resembles the iconic shark on the Jaws book cover with the number “1916” painted in red beside it.

The painting was quickly recognized as a memorial to the Matawan shark attacks that occurred in the Matawan Creek, the same creek the bridge stretches over.

The assumed reason for invoking Jaws was that the novel was inspired by this very attack, where 11-year old Lester Stillwell and the man trying to save him, 24-year old Stanley Fisher were fatally wounded by a shark who swam up into Matawan Creek on July 12, 1916.

While reactions to the graffiti were mixed, many enjoyed the reminder of local history and embraced the shark as a new landmark of Matawan. However, some viewed it as a glamorization of the tragic event and disrespectful to the aforementioned victims. The mural was also not sanctioned by the town or The NJT making it a crime.

Matawan has always had a difficult time approaching the shark attack and how it is remembered. Despite the sensationalization by the press directly after the event, making it the most publicized shark attack in history, Matawan never capitalized on the tragedy. For decades the shark attack was recalled with only a somber tone and you could find little about it in the town itself except for a memorial dedicated to the victims erected in only 2016.

One attempt to remember the attacks was Sharkfest, a short-lived annual event that took place from 2006-08. While widely attended, the event saw heavy criticism from many who disliked the commercialization of the tragedy. Sharkfest would never be held again. The town of Matawan was making it clear for decades that they did not want the shark attacks to become another Salem witch trials situation.

That may be beginning to change now though, along with the mural, a local comic shop The Geekery has also embraced the shark using it heavily in its branding. With both being widely accepted by Matawan, the townspeople may be ready to embrace the attacks and the shark as a part of the town’s iconography.

The public wouldn’t know the shark graffiti artist’s identity until a full year after the painting when he came forth as the painter in an interview with Weird NJ magazine. Going by the name TattooBob, he detailed how he got his idea for the mural and how he painted it. Matawan and The NJT have yet to take legal action against TattooBob, and the mural still stands at the date of writing.