Lancers Return To The Ice For The 2021-22 Season Since Last Winter. 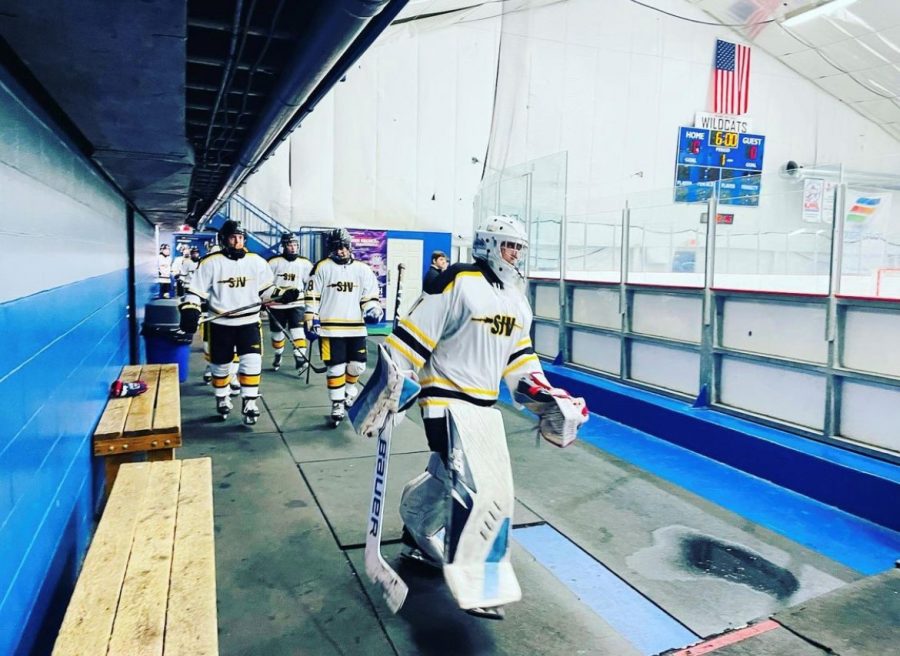 Last season the SJV Boys Hockey team were ranked #14 in the state, and #3 in the Shore Conference. A heartbreaking Covid case within the team, ultimately ruined the end of the season for them – stopping them from competing in the Egan Cup Final for the first time in four years.

Tuesday, Nov. 16, was the first game the new team was able to play with each other.

In the first period, with 3.50 remaining, Michael Reed was able to score with a pass from Jack Allen. The team was able to have a drastic momentum change causing them to end the second period with six goals from Giuliano Fazio, Allen, Rob Calice, Patrick Haines, and Dakota Vastola with assists from Blaise Lucowsky, Haines, Reed, and Owen Thigpen. With 10:39 left in the second period, current senior Thigpen lost his blade; and needed two people to help him off the ice.

By the end of regulation, SJV had an 8-0 scrimmage win under their belt with the last two goals by Reed and Nick Viola. With assists from Allen, Calice, and Lucowsky.

With this win over Morris Knolls, the SJV Lancers Hockey Team looks like they are going to have a strong, promising season. The team’s next scrimmage, and last one before opening night on Tuesday, Nov. 30, is Nov. 23 against Wall.