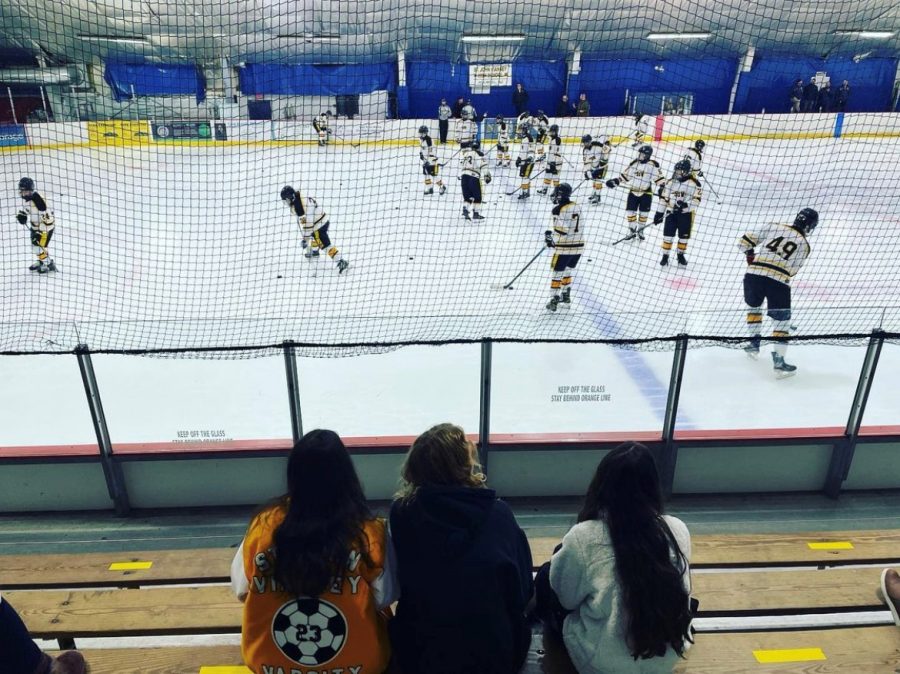 On Tuesday, Nov. 23, 2021, the SJV Ice Hockey Team had their last scrimmage against Wall High School, before the season opener.

In the first period, the Lancers had majority possession of the puck with a total of 20 shots to five shots.

The last shot the Lancers were able to take in the first period came out as a goal. Scored by Jack Allen, and assisted by Rob Calice with 2:54 remaining in the period.

The second period was a much closer game between the two teams. Shots for both teams were at a total of 18 by the Lancers, and 10 by Wall. No goals were scored by either team in this period, so moving onto the third, the score was still 1-0.

The third period had the Lancers again with more possession over the puck. 7:17 left in the period a shot by Calice, with a pass by Allen, went in. Making the current score 2-0, with a few minutes to go.

With 1:22 left in regulation, a pass made by the goalie, Dan Shallcross, to the defender, Alex Osher, set up a bizarre play. Osher let off a saucer shot from inside the neutral zone. Sophomore goalie, Ethan Rotante, was not paying attention at the time, causing the puck to 5-hole him. This made the last goal a full ice shot.